Connect and share knowledge within a single location that is structured and easy to search.

Example Screenshot present in the question : 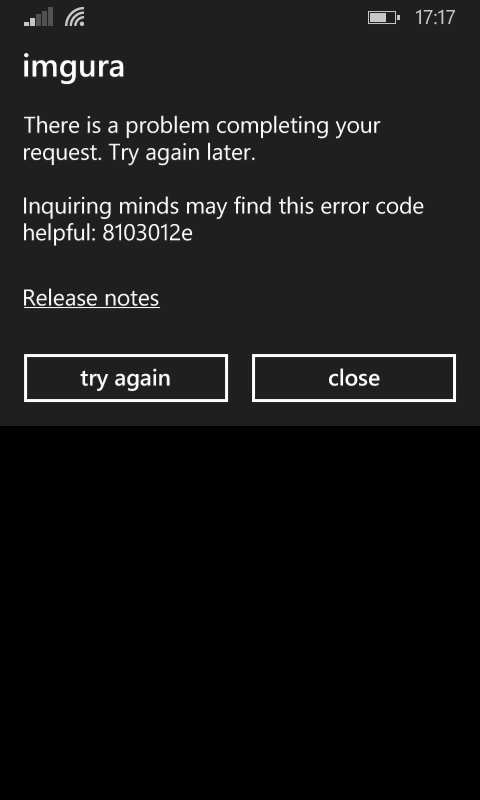 I believe that adding the error code as a text in such questions would be useful. This would improve the search presence of the question (text inside the images cannot be indexed by search engines). This would make sense seeing the fact that Stackexchange sites are supposed to get 90% of their traffic from Search engines[Ref].

But on the other hand this is minor edit which will not improve the readability of the question. I know such edits are not discouraged by the community.

Can we allow edits that adds error code to the questions from screenshots? Or should such edits be avoided?

When reviewing suggested edits, the option to reject trivial ones is summarised thusly:

This edit does not make the post even a little bit easier to read, easier to find, more accurate or more accessible. Changes are either completely superfluous or actively harm readability.

As you said, having the error code in the question text would make the question easier to find. It would also make it more accessible, e.g. to people using screen readers. Therefore, such an edit would not be considered trivial, and I see no reason why it should be rejected/discouraged.

Not the answer you're looking for? Browse other questions tagged discussion .

Welcome!
This site is for discussion about Windows Phone Stack Exchange. You must have an account there to participate.
Help

2
Suggested FAQ wording around the scope of this site
0
How to deal with anonymous edit spam
1
Should error codes be used as tags?
0
Can I ask about wp6.1 update error code?
2
Tag Edit Suggestion: Apps Corner
3
Tag edit suggestion: Microsoft Lumia 640XL